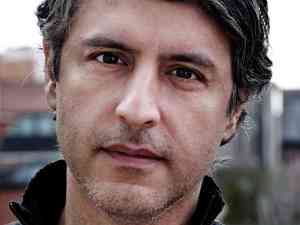 The ongoing feud between Reza Aslan and the so-called “New Atheists” continues to shed more heat than light. The latest round of this race to the bottom of the intellectual barrel comes to us in the form of a Salon piece written by Aslan. It presently carries the provocative title, “Reza Aslan: Sam Harris and “New Atheists” aren’t new, aren’t even atheists.” This is certainly a provocative enough title. I expect I wasn’t the only person to open the page wondering just how he was going to make the case that Dawkins and company aren’t atheists.

Score one for the god of misleading headlines. This article gets its provocative angle compliments of a rather weak bit of semantics:

In fact, not only is the New Atheism not representative of atheism. It isn’t even mere atheism (and it certainly is not “new”). What Harris, Dawkins and their ilk are preaching is a polemic that has been around since the 18th century – one properly termed, anti-theism.

Apparently, the New Atheists aren’t really Atheists because they aren’t merely Atheists. So, if you aren’t ‘merely’ a thing you aren’t that thing at all, at least in the mind of whoever wrote the title of that Salon piece. And if you’re also a thing+ or possess an extra helping of thingatude, then well, no, you’re not even a thing at all.

Out of generosity, I’ll assume it wasn’t Aslan that chose that title.

The larger point of Aslan’s piece is actually to differentiate the ‘New Atheism’ from its predecessors, and apparently to embed that differentiation in a narrative that does as much as possible to discredit new atheism. The resulting sleight of hand is definitely Aslan’s doing. It is admittedly more clever than the title fiasco.

Aslan’s essay includes a rather sweeping narrative about the history of non-belief, touching on a number of things well worth thinking about. Aslan comes to the main point with a fairly specific passage in which he ties the New Atheism with the atrocities of state communism. To get to that point, he first introduces the notion that anti-theism is an intellectual tradition in its own right, one of many twists an turns in the history of unbelief. As strident opposition to religion is what folks like Dawkins, Harris, and the late Christopher Hitchens do, Aslan assures us they are themselves clearly part of the intellectual movement of anti-theism rather than simply part of the traditions of atheism.

I’m not entirely sold on the historicism here, but as far as this goes, it’s probably fair enough to describe these folks as anti-theists. The problem here is what Aslan does with this point. While he works hard to distinguish anti-theism from mere unbelief, Aslan works equally hard to ensure that we do not distinguish intellectual opposition to religion from the slaughter of innocents.

It wasn’t atheism that motivated Stalin and Mao to demolish or expropriate houses of worship, to slaughter tens of thousands of priests, nuns and monks, and to prohibit the publication and dissemination of religious material. It was anti-theism that motivated them to do so. After all, if you truly believe that religion is “one of the world’s great evils” – as bad as smallpox and worse than rape; if you believe religion is a form of child abuse; that it is “violent, irrational, intolerant, allied to racism and tribalism and bigotry, invested in ignorance and hostile to free inquiry, contemptuous of women and coercive toward children” – if you honestly believed this about religion, then what lengths would you not go through to rid society of it?

For an historian of religion this is an inexcusable bit of misdirection. Aslan moves seamlessly from a narrative about the work of Marx and the rise of state communism to a series of direct references to his present intellectual opponents in the New Atheism movement. In fact, he uses the views of today’s New Atheists as a direct explanation for the motivations of Stalin and Mao. It doesn’t get much more anachronistic than that.

…actually, I should say he uses some of their more outrageous quotes. This isn’t really a consideration of their views so much as a bit of quote-mining masquerading as an intellectual criticism, but still the main point is, the man is explaining the actions of communist dictators with random comments from people who weren’t yet a gleam in their fathers’ eyes when Stalin was starving his peasants and Mao was waging his war on sparrows.

In effect, Aslan turns Harris and company into the present-day spokesmen for some of history’s most horrific genocides. This is anachronism at its worst, and Aslan uses it to advance the notion that anti-theism is responsible for the tragic abuses of state communism.

So, there it is. According to Aslan, the Stalinist purges and those of Mao can be understood as a direct reflection of an anti-theistic world view. We needn’t consider the politics of either nation, it’s economic complexities, or any alternative explanations behind these histories. We need only look at what New Atheists have to say today in order to know that this is what the New Atheists is capable of.

…and perhaps to shudder at the prospect.

Ironically, Aslan’s critique of New Atheism smacks of the very inattention to social complexities that many (including Aslan) see in the approach Dawkins and Harris have taken to Islam. It’s an approach that treats doctrines as if they themselves were the driving engines of history, and in doing so it reduces historical knowledge to the needs of present-day polemics. This view of history sees little in human conflict that one can’t fit into a well-written tweet (or perhaps a pithy and misleading title). Aslan has often advocated a nuanced view of the relationship between religion and violence, but with this piece, that nuance might as well be a nine-pound hammer.

Frankly, I’m a bit tired of the battle between Aslan and Harris, et. al. The dialog is increasingly more personal points, and that just isn’t the best role that a public intellectual could play. This a duel between two simplistic views of history, each of them equally myopic. If the rest of us are supposed to choose a side, then I for one will be choosing ‘none of the above’.