Having spent most of my career working with Native Americans (and more recently,  Alaska Natives), I’ve often had cause to reflect on the differences between the people I have met as an adult and the ideas circulating about them in the public imagination. Often I find myself thinking about notions of Indian-ness I learned when I was little. What were Indians to me as a child? And how did I arrive at those notions? I don’t know if there is any special insight to be gained here, but I seem to think with a keyboard, so anyway…

What do I remember?

I certainly remember cowboys and Indians on the playground in a small school in Southern Colorado. That and army were all I wanted to play (or tackle football – at least until it dawned on me that I sucked at sports). I remember that playing the Indian was somewhat of a social obligation on our playground, because they had to die more than the cowboys; it was expected. You had to take your turn out there storming the monkey bars which served as a fortress from which the playground cowboys picked off playground Indians with relative ease. As I didn’t mind dying on the playground, I did this more than most of my classmates, except for Joe, (I think that was his name). Joe claimed some Arapaho ancestry. He was happy to play an Indian. I don’t remember whether died more than the cowboys, but I sort of hope he didn’t.

A part of me suspects Joe eventually found something else to do on the playground. 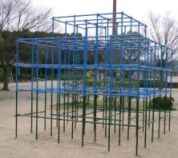 I must admit that I got frustrated, because certain folks (like …ahem, Scotty and Paul) never seemed to take their turn as an Indian, and they never, NEVER, died when you shot them with an arrow, not even when you snuck-up close on them and got ’em right in the heart.

I recall a number of class projects. Whether it was kindergarten or first grade, I can’t say, but some teacher had us all dress up as Indians once. This meant cutting holes into brown sacks for us to stick our heads and arms through, then cutting up the bottom for fringe. Mostly, I remember the dull scissors that we used to cut through the sacks, and the terrible blister I ended up with between my thumb and index finger.

I was not a huge fan of Indian dress after that assignment.

The wampum beads (colored macaroni on a string) went over much better. We wore them as necklaces. I and my classmates were more than happy to play Indian on the playground for awhile after making those. Naturally, we were plains Indians (pasta wampum having a slightly different regional presence than it’s namesake), but well, the important thing is that we fell when the cowboys shot us. That expectation was written in stone. I mean they could miss a time or two, but eventually you had to give it to the cowboy, grab your chest and fall.

Pasta wampum doesn’t hold up well when you fall on it.

I remember a trip to Yellowstone National park netted me a headdress, a toy bow and some picture-books filled with spectacular images of plains Indians. I think I played Indian that night until my parents wanted to shoot me for real.

As a side note, I recall that when my classmates started getting guns for Christmas (this was rural Colorado), and I started hinting, Mom and Dad responded to this by getting me a real bow. As if I couldn’t have killed myself with that. …Or for that matter Lawrence what’s-his-name from 6th grade. (In my defense, it was his idea to sit on the fence below and watch as the arrow fell back to earth; it saved time retrieving the thing.)

I still cringe when I think about that one.

I remember once while still living in Colorado, the class had to make models of different types of Indian homes. Somehow I got stuck with Navajo. Some friends are gonna kill me for saying that (and well they should) but that was exactly how I felt about it at the time. The ‘real Indians’ as far as I was concerned lived in teepees; I was stuck representing a hogan. At the time, ‘real Indian’ meant for me something like the plains Indians I had seen on TV so many times, usually charging over the hill to be shot down by the cowboys.

My hogans eventually took the form of an egg-shaped panty-hose container covered in something to make it look like mud; two of them of course. (Yes, the container was my Mother’s suggestion.) I wasn’t anymore pleased to have anything to do with panty-hose than I was to be making the homes of a tribe that didn’t appear in any of the movies I had been watching. (Little did I know where so many of the John Wayne films were made, …or how many Navajos I had already seen on film. I certainly didn’t know to call them Diné, nor did I appreciate the fact that I was setting their architecture back a couple hundred years with this mud-covered L’Eggs-model.) The bottom half of the shell seemed about right, but the top shell was way too pointed.

And my classmates made such perfect teepees, too!

I really hated that project.

Several years on down the road, another teacher gave out the same assignment, and somehow I ended up with Pueblos this time. I was a little older and a little less disappointed. …a little. I ended up with a gigantic sugar cube structure that didn’t look too bad until we covered it in brown wood-stain. Truth be told, it looked more like a castle than a Pueblo, but I still counted this as an improvement over my panty-hose hogan from previous years. After getting it back from the teacher, this structure made a really nice fort, one which helped to protect many a plastic army soldier from sundry enemies. What WW II-type army soldiers were doing in a castle-pueblo-fortress, I don’t know, but they fought well, let me tell you.

…at least until one of our cats used the box I had put this in as a substitute litter box.

I had a sister-in-law for a little while. She was “part native,” as they say. I remember, she had a lot of siblings, and I recall studying them quite carefully to see which ones looked like Indians and which didn’t. I figured you could see the Indian in about half of her siblings, but the other half looked white to me.

Naturally, I was quite confused.

I do believe it was my sister-in-law that caught me talking about ‘bad Indians’ one day and schooled me on the subject right quick. This had a pretty strong impact, not the least of reasons being that I liked all the Indians I knew. I liked Joey, I liked my sister-in-law, and as I recall I had a major puppy-crush on one of her little sisters, …possibly two. So, when she told me that Indians weren’t all bad, I was quite willing to believer her.

But that left me with one big problem; how to square this new understanding with all those westerns?

It all came to a head one day as I was looking down at a book illustration. The image is still quite clear in my mind; it depicted a whole bunch of plains Indians mounted on horse-back and charging toward the viewer looking fierce and warlike. Some adult in the household (I believe a guest) asked me what kind of Indians I thought they were. And that created quite a dilemma for me. I still didn’t know one tribe from another, much less how artificial those categories could be. More importantly, I was still stuck on the good Indian/bad Indian thing.

I stared at the image in silence for awhile, and I reasoned to myself that if not all Indians were bad, surely some were. There were bad cowboys and good cowboys in the movies, so why not good Indians and bad Indians? And maybe those bad Indians were the ones I had seen in all the movies. Maybe those were the Indians we had been playing as we stormed the monkey-bar fortress at recess. And if there were bad Indians, I thought, surely these guys (fierce looking as they were) must belong to that group! So, that’s what I said, my tone rising as I spoke; “…bad Indians?” after a bit of a pause, whoever it was offered that perhaps they were Comanche.

As far as I understood it, my theory that there were in fact bad Indians had just been confirmed, and I had just been given a name for at least some of them, Comanche! Comanche were the bad Indians. My sister-in-law and her family and Joey must have been the good ones. The next time I took off after that monkey-bar fortress, I feel quite certain that I counted myself as a ‘Comanche’ rather than a mere ‘Indian’.

Of course someone shot me and I had to fall down dead.

Naturally, my perspective on things having to do with Native Americans has changed over the years, not the least of them being my vocabulary preferences. But I often wonder how much of it is due to simply growing up and how much may be due to specific paths I have taken over the years? Most importantly, I find myself wondering how many of the ideas which shaped what an ‘Indian’ was to a little white guy living in Southern Colorado in the 1970s might have been due to the times I lived in? And how much that in itself may have changed?

I guess another way of putting it would be; do Indians still fight cowboys on the playground?

And if so, do the Indians ever win?

Many years had passed since all those stories mentioned above when I arrived in Navajo country to receive my first lesson on indigenous perspectives from a native source. My new landlord hadn’t quite cleared out of his place yet, but he had made a fold-out bed available for me. Observing a pile of pillows and blankets arranged in a familiar manner about the bed, I mentioned that his son had built a fort out of it.

A very irritated preschool child quickly emerged from beneath the bed to tell me it was not a fortress.

It was a Pueblo!

28 thoughts on “Indians Through the Eyes of A White Kid: In Which I Wax Nostalgic and Feel Slightly Awkward About the Whole Thing”