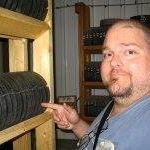 The campaign itself was beyond epic. Twenty-plus years of First Edition AD&D, all played in the same imagined world involving mostly the same group of players had left us with quite a cast of recurrent characters. By now, each of us had some that were old enough to get a driver’s license. My old high school friend, Andy, and I each had characters old enough to buy beer …legally. It was a rich world we had built up over the years. Somewhere in there, we had the idea to round up our biggest and best bad-ass characters and run the campaign to end all campaigns with them.

Each of us chose a bunch of our favorites to add into the small army we would be using and we decided to alternate the job of running the game. Each game would essentially be a one-off which we would loosely fold into a larger plot ending with some scale of bad-assery we had never gamed before.

The whole thing fizzled of course, as campaigns often do, but not before furnishing us with a few great sessions.

Andy ran this particular session. He set up the scenario as we put together out a take-out order and someone set up the stereo with a couple choice CDs. We began placing our characters in the setting and getting ready for the challenge. Straight to initiative! Andy wasn’t messing around, but just before we began the hack & slash, he announced an odd twist. There would be a single modifier of -5 to +5 on all die rolls that would apply to each of the characters belonging to one player for an indefinite time during the course of the game. Andy would assign the modifier whenever it proved appropriate appropriate. We received no explanation, and that was that.

I think Mike got the first modifier. It was a small bonus of +2 or +3, and it helped him a bit with whatever challenge we had for the day. Soon, the modifier changed and I received a -1. Then my penalty was upped to -3 or so. Later Mike got a penalty, and then I got a bonus of +3, followed by a penalty of -5. (That hurt!)

…and we had no idea where this was coming from.

Generally speaking, Mike was doing better than me. He got mostly benefits. Chuck had few modifiers (mostly small penalties), and this modifier never seemed to apply to Andy’s characters at all. I think we once went an hour or so with no modifier to anyone. I was the only player in the entire game to receive the maximum penalty.

The timing wasn’t consistent. It changed at close to an hour, but not quite, and not always at the same time interval anyway. It fell almost in between rounds, but not quite. On an exceptionally long round (we had lots of characters on the table), it might change half way through, but at least once it had lasted 2 rounds, and we even checked. Andy insisted that it wasn’t time to change the modifier.

We thought about actions taken by different players. Was it a response to certain specific spells? Success or failure in attacks? Something to do with alignment? Could it be the enemy? Was there some object on the table that made the difference? Perhaps movement of characters into different parts of the game surface? There were moments when we thought we might have seen a pattern, but then something always happened to debunk our thoughts on the subject. We played the entire game without figuring it out, and it was a very long game, long enough to get a call from another friend’s wife wondering when he was coming home. Not till it’s over (of course!), but we never did figure out the basis for the modifier. The whole challenge ended without resolving that one troublesome question.

I remember this had been a particularly satisfying game. We were still laughing and smiling as we packed. Andy had run a great scenario, enough that we actually said so. Compliments were a rarity in this crowd (except for the back-handed kind of course). Oh there was the occasional ‘fuck you!’ or ‘asshole!’ delivered right after someone did something exceptionally well. That was what usually counted as praise in our circle. But ‘good game’ and ‘I enjoyed this’ were not phrases that rolled often off of our tongues. Still, Andy got a couple of those remarks at the end of the session.

And then we asked.

“The modifier? What was it?”

“Oh, it was based on the music. I gave bonuses if I liked the disc you put on and penalties if I didn’t.”

(The hour with no modifier to anyone had been the one time Andy put on a disk himself. It was The Reverend Horton Heat, as I recall, that earned me the full penalty of -5.)

I don’t think I ever stopped laughing about that.

Andy Sneed introduced me to RPGs way back in our freshman year of high school. He asked me if I’d ever payed Tunnels and Trolls before, and after hearing me say ‘no’, Andy promptly informed me that I was playing the game with him and his brother that coming Saturday. ‘Who the Hell is this guy’ I wondered? But I agreed to come try it. To say that I was hooked from the first game session would be putting it mildly. It was the beginning of a lifelong interest and a long-standing friendship.

Andy and I lost touch with each other in recent years, but I had always hoped we would one day end up back in the same room, tossing playful insults back and forth at each other and fighting over what music we’d listen to as we slew another dragon.

…probably in some old folk’s home!

Andy’s funeral was yesterday. His passing has me thinking of this story and countless others like it. I will miss my friend. 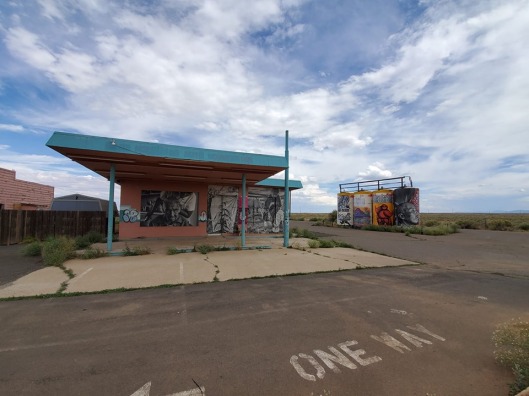 Moni is trying to brush the sleep from her eyes. Leaning forward as far as the seat belt will let her, she cranes her neck around to see if she can see why I have pulled over. The more she sees, the more she realizes how very right she is. As I recall, this place was already closed over ten years ago when I used to drive through Gray Mountain on my way to work. It’s well past closed now.

“Why are we stopping here?”

After a moment, she realized the answer to her question.

The reddish figure has been there awhile. Each of the other murals seems to have replaced earlier pieces. 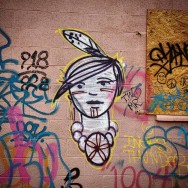 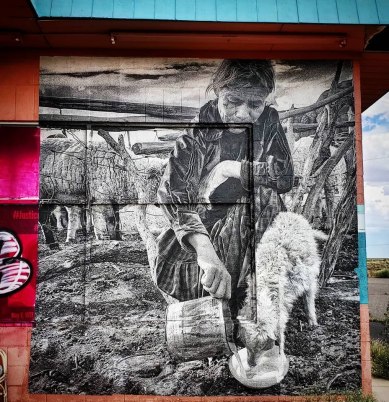 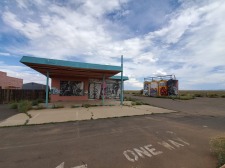 This seems to be the work of Jetsonorama whose “Painted Desert Project” has produced a lot of wonderful pieces. I am occasionally lucky enough to get down there and see some of this beautiful work.

Moni: honey if a man shot at me and I died, would you avenge me.

Moni: you wouldn’t avenge me?

Me: I’d step in front of the bullet.

Moni: But suppose you don’t get there in time, would you avenge me?

Me: What did you do to this guy anyway?