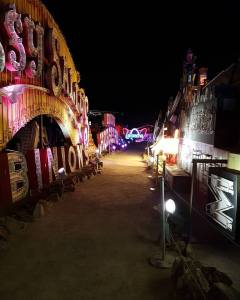 Moni and I are back in the icebox now, having just returned from a relatively short bout of southyness over the Christmas break. Didn’t get to see near enough of our loved ones, but it was good to connect with those we could.

We made a stop at one of my favorite haunts in Vegas, the Neon Museum, otherwise known as The Boneyard. This is the afterlife for many of the old marquees used on the strip and throughout town. It’s strange for me, because I used to live in the Vegas area (Boulder City, to be exact). I remember some of these signs when they were alive and in the wild, so to speak. I should say that I sort of remember them. The Strip and much of what most people think of as Vegas was always just as foreign to me as it might be to the tourists coming through town. I don’t think that’s an unusual perspective for locals, but it does give Vegas nostalgia an interesting mix of oddity and familiarity. One of the cultural consequences of tourism, I suppose, a past rendered both intimate and alien. Of course, in this case, the whole thing comes surrounded with the faint glow of neon lights.

Moni and I took a daytime tour of the museum a couple years ago, and we’ve been planning to go back ever since. This time, we made it! Thanks to Mark Thiel of Powel’s Camera Shop for helping us to figure out a few things about our new(ish) cameras. Moni and I made the Neon Museum our testing ground, so to speak. Looking at the photos now, I can see that I have a lot of practice to do, but anyway, the place is cool enough to overcome my clumsy camera skills in at least a couple pics.

The guided tours are an interesting mix of commentary on the signs themselves and stories about old Vegas. One minute you are learning about how they bend neon tubes to make the signs, and the next you are hearing about the role of divorce tourism in the mid-century development of the city. The tours are at their best in those moments when the two themes come together in a single narrative. The stars on the old Stardust marquee are a good example of that. As I recall our old daytime tour-guide related a rumor he couldn’t quite vouch for that they might have been meant to reflect the fall of radioactive dust in the days of nuclear testing. Our night guide on this tour was content to connect them to the era of space exploration. Either way, it’s interesting to see larger patterns of history in the very objects in front of you, or at least in the stories told about them.

My favorite story would have to be that of the Moulin Rouge accord. It’s hard to get a good picture of the Moulin Rouge sign, because it’s so big and distributed in with so many other signs, but the casino played an interesting role in Vegas history. So, it features prominently in the tours. As the first of the Vegas casinos to desegregate, it quickly became a Vegas hot spot, a place where the you could see Frank Sinatra hanging out with Sammy Davis Jr. after doing their own shows. So, it was fitting that the Moulin Rouge would pay a role in the civil rights movement. Facing protests in 1960 over segregation throughout the city, hotel owners met with civil rights leaders at the (already closed) Moulin Rouge. The resulting agreement desegregated the Las Vegas strip.

The tour guides have lots of other stories, of course. I wish I could remember them all. 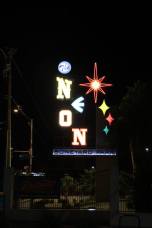 Beginning of the tour (You can see the Moulin Rouge sign, sorta) 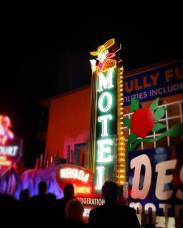 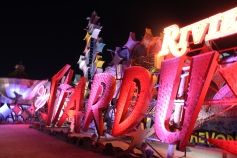 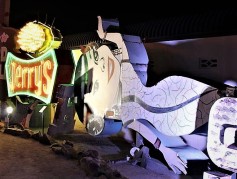 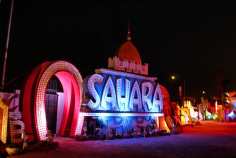 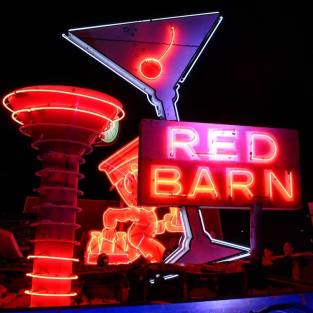 This was the first openly gay bar in Vegas 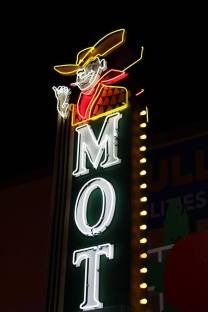 Vegas Vic in a clearer moment 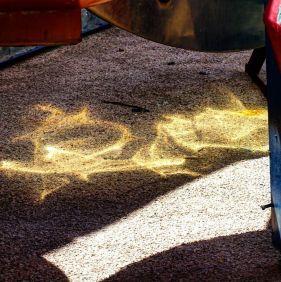 Sometimes the neon light takes a back seat to the sunlight 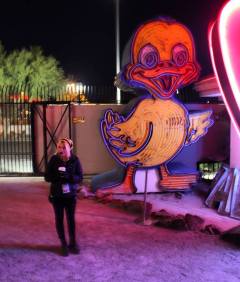 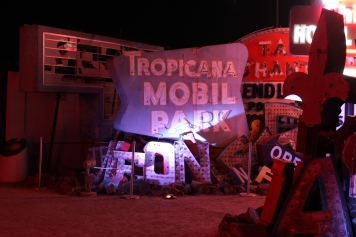 From a dry-cleaner, I think

The end of the tour

Cruelty to tourguides. I am guilty of cutting this one in half. (So sorry)

Now about that divorce tourism!