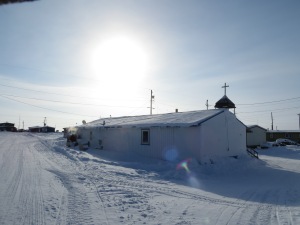 So, awhile back I’m sitting at a booth for the place I work at a largish regional conference. I’m the last guy on the planet that you want to be selling anything (trust me!), but the others are busy with an event of their own. Anyway, I’m sitting at the booth answering questions, handing out stuff, and just generally putting a face behind the table…

…in walks a sweet lady and we talk. She knows some people from up where I live. I don’t recognize most of the names and quietly kick myself for being an antisocial bastard, but otherwise the discussion seems to go well. She is friendly, and I am in a good mood. She eventually decides to move on and we say our goodbyes.

Then she tells me she loves Jesus.

I nod and I smile.

And then she asks me if I love Jesus too? 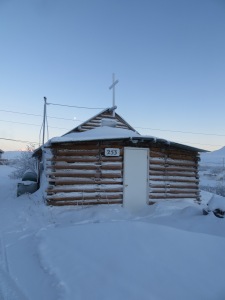 If I answer her with a ‘no’ that can as easily be taken to mean that I think Jesus is a jerk as that I simply don’t believe in him, which is just a bit more harsh than I would normally wish to come across, even if I weren’t the current face of my workplace. This is why the complex question is commonly thought a fallacy, but saying that here isn’t going to help me at all, because this woman is just not going to understand the problem. I’m trying to be honest and nice at the same time, and she’s NOT making it any easier for me.

This is hardly the first time my lack of faith has stuck out like a well hammered opposable digit. The North Slope of Alaska is the Bible Hat of the country and ungodly folk like me are not too common around here. So, I am trying to wrap the conversation up as gracefully as my bull-in-a-china-shop personality can manage, but honestly, professing faith in Jesus is a little more courtesy than I can muster in good faith, so I explain that I am not Christian. I do it as nicely as I can, and it’s certainly  nicer than just saying ‘no’, but well, anyway…

So, the woman says she’s going to pray for me. I am generally happy to take goodwill in whatever form it is offered, so I thank her for this, imagining her doing this kindness on her own at some indefinite time in the future. That’s when she reaches out her hands and adds that she is going to pray that Jesus will come into my life. That’s when I realize she means to do it right then and there, which casts kind of a new light on the subject. Apparently, I am to play an active role in this ritual, minimal as it may be, the point of which is explicitly designed to change my life.

There she is with hands outstretched waiting for me to take hers and commence praying for Jesus work a miracle. And once again, this is a bit more than I am willing to go along with.

One might even say that I was tad uncomfortable.

I wouldn’t call this a teachable moment so much as a learnable moment, because this is hardly the only awkward clash of worldviews to fall into my life in the last year or so, but it’s a good starting point for thinking about them. Both my would-be prayer-partner and I are trying to negotiate a significant difference in world view. Each of us is trying to be decent about it (at least I think we both are). The trouble is that each of us gets our ideas about how to treat people with different views from within our own world-view, so each of us has only the vision of fairness and respect that our own way of looking at things has to offer.

I’ve been as nice as I can be really, short of professing faith I don’t have or inviting faith I don’t want. To ask more of me is an imposition, as I look at it, and I have been as polite as possible about the boundary this woman is testing. Seems fair to me, but of course she has her own views on the situation. If I don’t know the Love of the Lord, surely the most decent thing she can do for me is to try and share that love with me! What decent person would reject such a wonderful gesture? And who could possibly regard her efforts to share the Lord as an imposition? I may sound sarcastic, but in this paragraph at least I do not mean to be. I can easily see the logic of her behavior, or at least a logic that would make that behavior reasonable within the context of the views which have produced it.

I could come up with less charitable interpretations for both my own behavior and hers, but I’d prefer to afford the benefit of the doubt here and ask that others do the same.

The general public entertains a broad range of ideas about the nature of belief and how to get along with people whose beliefs differ from out own. Some of these meta-beliefs provide us with practical solutions to potential conflicts, and some of these meta-beliefs water down the meaning of the beliefs people profess to have. In either event, much of the way we handle different beliefs is itself a question of sharing at least some of these beliefs about how to handle the difference. Simply put, folks get used to compromise. So, it can be rather disconcerting to meet someone who doesn’t accommodate our own sense of fairness, someone who doesn’t share in the same scripts about how to find a compromise. And that is of course how a godless fellow and an evangelical Christian end up sharing a really awkward moment over the prospect of an impromptu prayer.

Neither my would-be prayer partner nor I meant to be jerks. And still the conversation wasn’t exactly a walk in the park. Ah well!